PAPYRUS Prevention of Young Suicide is the UK charity dedicated to the prevention of suicide and the promotion of positive mental health and emotional wellbeing in young people.

Suicide is the biggest killer of people aged 35 and under in the UK. We believe that suicide is preventable.

PAPYRUS was founded in 1997 by a group of bereaved parents, who had each lost children to suicide. Our founding parents shared core beliefs that suicide is preventable, and that those of us with lived experience of suicide have a valuable and unique contribution to make to the wider conversation around suicide.

Today, we are a leading youth suicide prevention charity in the UK. Our suicide prevention helpline, HOPELINEUK, is staffed by trained suicide prevention advisers, who work with young people – and anybody concerned for a young person – to help keep them safe from suicide. HOPELINEUK is a free and confidential call, text and email service, which is available from 9am to midnight, every day of the year. 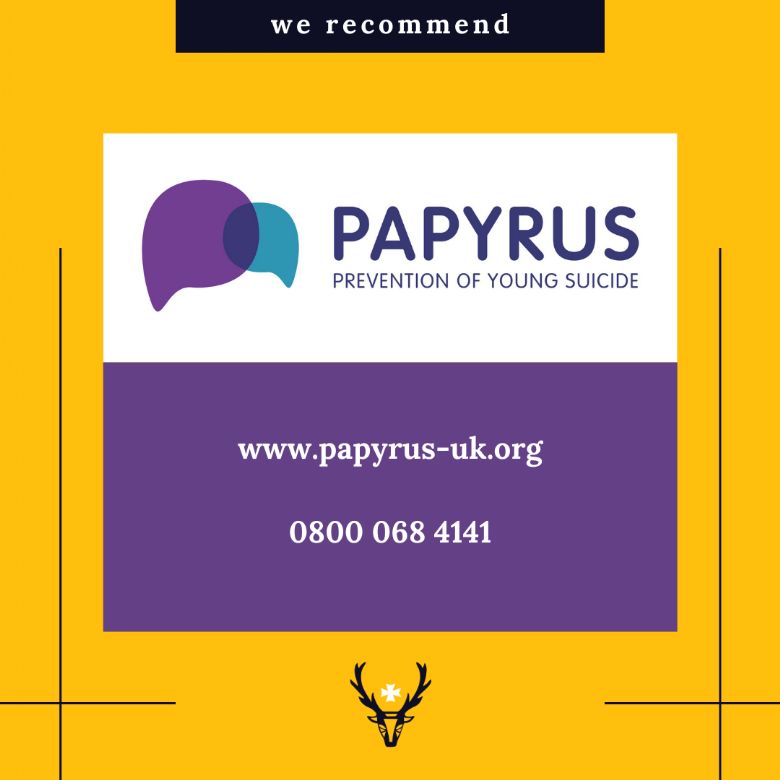